I am not sure how this post is going to turn out. There is sadness, frustration and, yes, resignation flowing through my thoughts and I am not happy with any of those emotions.

Is the sadness a result of the knowledge that most Americans are willing to accept what those in DC are feeding us? A consequence of years of misinformation from both the White House and Congress that we have gotten to the point of “accepting those things [we] cannot change”? Or, the realization that we CAN change them, but are too lazy to do so? What happened to the American Spirit? Yeah, sure, we make snarky, sarcastic remarks about the policies and lack of same of the Ego in Chief. We yell at the TV when yet another insane proposal is made by a member of Congress that we know will never see the light of day or Barry acts like a little child by refusing to meet with our most treasured ally in the Middle East because he chose to talk to a joint session of Congress without permission. We sigh at the announcement of more committees to investigate the findings of other committees that were formed to decide if the very first committee’s findings were just partisan hogwash. Then we let them spend money that we really don’t have to fund said committees, bitch about the national debt under our breaths and bemoan the fact that we can do nothing about it.

Trust me. I am no better than any other American. I bitch, piss and moan right along with the rest of you. I wrack my brain trying to figure out what my one voice can do to change what our nation has become. Talking to the television has become second nature. My dogs think I’m nuts. No, not nuts. Just frustrated. I believed our Constitution would not allow us to get to this point. I believed that those we voted into office would respect the most important document in the history of our great nation. Instead, most of those in DC seem to spend time emulating the NFL – trying to figure out how to run plays that avoid the defensive line our forefathers built to save us from what we have become so that they can score points for their personal campaigns. Just another check in the “win column” so that they can use that to hold on to their cushy government jobs and become Legacies in the DC world. Short of leaving our homes and parking our butts on their doorsteps 24/7 (which seems not to work well, either) what recourse do we have? Do I sound defeatist? Perhaps. I really am not that kind of girl. Believe me, I have been reading and studying a lot over the past few years. The only power we seem to have, short of physically removing those who seem determined to ignore the will of the people and undermine the good works our forefathers did, is the power of our words. However, if our words are crumpled into a ball and thrown in the trash time after time after time, who among us is willing to make the ultimate sacrifice and eradicate the cockroaches in the cupboard? Very few, I believe. We talk a good game. Then, we look at our comfy couches, flat screen TVs, fairly well-stocked pantries and sedentary lives and say to ourselves “Do I really want to jeopardize all of this for freedom?”

Freedom. Ha. Are we truly free when our government can tell us that we count less than those who cross the border illegally? That we should accept the fact that many American citizens will lose their jobs to H1B rated illegal workers who have been given Social Security numbers and drivers’ licenses? That the illnesses our children are contracting are just minor inconveniences we must endure in order to have a more affordable work force? Allow me a moment of immaturity. I have heard people labeled “stupid” because they believe the more recent epidemics of diseases that had been wiped out in America are the result of unvaccinated children crossing our border. You are “stupid” if you believe this is not the case. Immaturity moment has ended. Will those immigration advocates be so protective over illegals when the M13 roles double and triple in hard hit inner city communities and the death tolls rise, or will they join the rest of us in demanding better border security and a larger police presence in those areas? No, they will join in making more videos and organize demonstrations demanding the death of police officers. I used to criticize the police for accepting “toys” from the federal government – things that seem like overkill (pardon the pun) in small towns that previously knew nothing of violent crimes. I even deduced that they could be used if the Anointed One decided to declare Martial Law based upon some manufactured national crisis. That is a belief I still hold in the back of my mind, but after Ferguson I can sort of understand the desire of smaller police organizations to own equipment that can compensate for the lack of personnel if serious situations arise. Sort of…

Because Americans are constantly being pitted against one another based on race, ethnicity and religion day after day by the likes of Holder, Sharpton and Obama (and a whole host of others), we are ignoring one of the biggest threats to our nation since 1993. ISIS is not a threat to us since they are predominantly in Syria and Iraq? Really!?!? I am sure the rookie cops who were attacked by the man screaming “Allahu Akbar” and wielding a hatchet might disagree. Perhaps those who survived Fort Hood would have a thing or two to say about that. Or how about the family of the soldier killed at the Recruitment Center in Arkansas? The list can go on and on. Is it possible that the level of ignorance in the White House is so great that they believe one ocean will stop them dead in their tracks and put a halt to any violence in the United States? Does what people did 800 or 500 years ago in the name of Christ really even out the playing field? I guess we are supposed to accept the rapes, live burials, beheadings and burnings of live human beings because Christians committed heinous acts centuries ago. Just forgive and forget. We had our time, this is theirs. My inner angry woman keeps asking, “Is it January 20, 2017 yet?” I don’t know if our Republic can hold on that long.

It is sad that recalling the days of Jim Crow, Watts, Internment Camps during WWII, the bombings of Hiroshima and Nagasaki or the Sandy Creek Massacre in Colorado can be used time and again to classify us as a nation of hate and divisiveness, but we are Islamophobic when we mention the crimes against humanity committed by ISIS. Sorry, Barry, I would rather be classified an Islamophobe than declared dead after a terrorist attack on US soil – which is inevitable and a lot more imminent than you think. I agree that what has happened to minorities in our nation, or original citizens such as the Native Americans, were horrific. We have worked hard as a nation to correct those wrongs. Not perfect yet, but we have come farther than many other nations in the world to mend our wounds. Although, you seem to be doing all you can to destroy the good we have accomplished. We need to concentrate on the threats of today, not the mistakes made in the past, if we want to survive as a nation. But, I have resigned myself to the belief that you truly dislike America.

This may sound like a strong statement. Maybe if you, just once, sounded sincere when you talk about protecting us and our most treasured way of life I would not feel that way. Perhaps if you stopped blaming the past and started fighting for the future for the sake of our children and grandchildren, I would excuse you for some of your lack of enthusiasm. Sadly, I stand by my statement that you dislike America. You seem to want a Saul Alinsky “paradise”. Those who choose not to educate themselves may think this would be a perfect world if their only source of information was the wide-eyed oratory of cult-like liberal Alinskyites. However, his world is not much different from that of Lenin or Stalin and I WILL get up off my dead ass to protect my child, my husband and my country from the horror of a future like that. Mark my words… 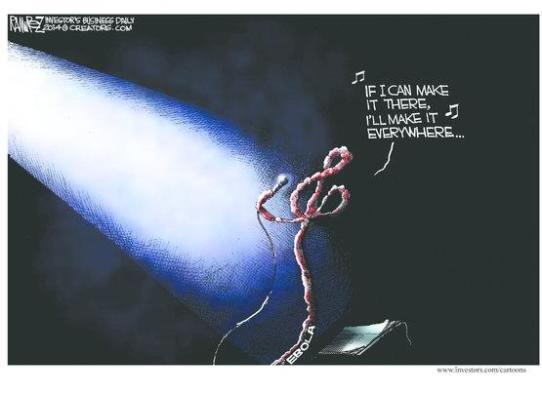 Panic in tough situations is not in my nature. I am more of a “take charge” kind of person who collapses into a gallon of Pabst once the emergency is over. So, I feel that it is important to be concerned about the possibility of Ebola spreading within our borders; I do not believe it is time to hit the panic button – yet.

The Ego in Chief’s actions might change my views about this (and other communicable diseases) if he stays on his current, extremely wishy-washy course. There are so many questions to be answered and contradictory statements and actions to be explained, but the American public will never be told the entire story until we are living smack-dab in the middle of it.

News was released yesterday of a memorandum from The State Department (copied to the Department of Homeland Security and White House) outlining a plan to allow patients with active Ebola to be transported to the United States from West Africa for treatment. Of course, Mr. Less-than-Ernest uhmmed and ahhhhed his way through a lame statement directing reporters to ask those Departments about the memo because the White House had not read it – or some other such blather. According to what has been reported, the total financial toll per patient will be approximately $500,000.00. Seriously? We just spent (more than likely) our next three years’ budgets on accommodating thousands of potentially disease-ridden illegals, feeding them, clothing them and shipping them via air and land across the country without our knowledge! But, we can’t afford more Border Patrol agents or a completed fence?

These are the questions I would love to have answered (but never will):

Take care of your own before others. If grown people choose to put themselves in harms’ way, they must accept responsibility for their actions, heroes or not. Our soldiers might be members of a volunteer military, but they seem to understand what others cannot. The mission is to protect our country, our children, first and foremost – above all else. All you care about protecting, Mr. Obama, is your own skinny ass.

I would like to thank Antonio F. Branco for allowing me to use his wonderful cartoon in this blog. Mr. Branco is an extremely talented artist with a kick butt sense of sarcasm and an uncanny grasp of the importance of events affecting our nation. The link to his work is

I highly recommend a visit to his site. ~Katrina